You are here: BC Travel -> BC Destinations -> Kootenay Rockies -> Nakusp 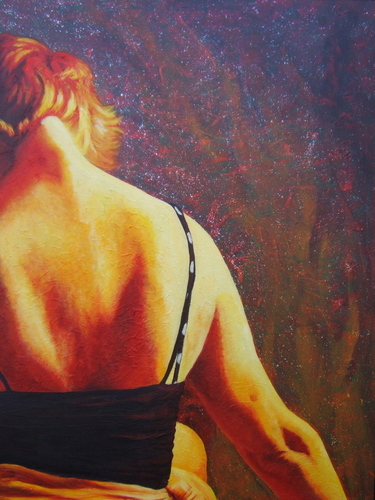 LLUNIO UN by Barbara MAYE who has premiered 3 of her series at Studio Connexion Gallery. A resident of Nakusp who has done her Fine Arts degree at the University of Calgary. 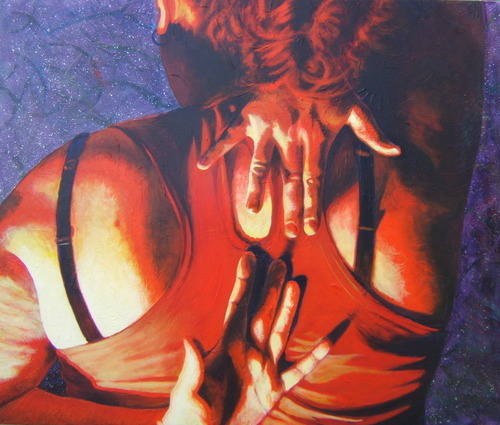 Gomukhasana (2) by Barbara Maye is part of the follow up series Asanas which came after LLUNIO. The series explores the body through Yoga poses.

The painting "The Un-Pine" by David Langevin was the "piece de resistance" for his exhibit at Studio Connexion Gallery in October 2011. This French- Canadian artist, who now resides in Kamloops, shows regularly in galleries across Canada.