You are here: BC Travel -> BC Destinations -> Vancouver Island and Gulf Islands -> Parksville -> Nanoose Bay 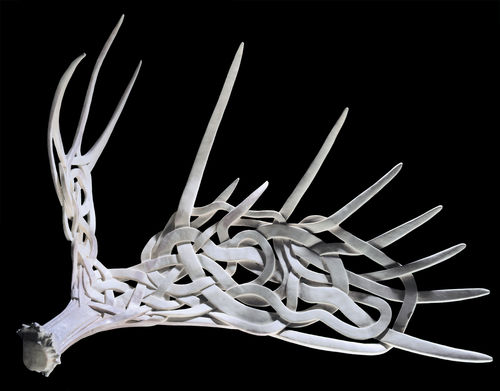 Inspired by the Northâ€”the beauty and severity of its extremesâ€”Canadian sculptor Shane Wilson breathes life into the discarded outer garments of arctic impermanence: antler, horn, ivory, tusk, bone; and fixes time in the most ancient of enduring alloysâ€”bronze. 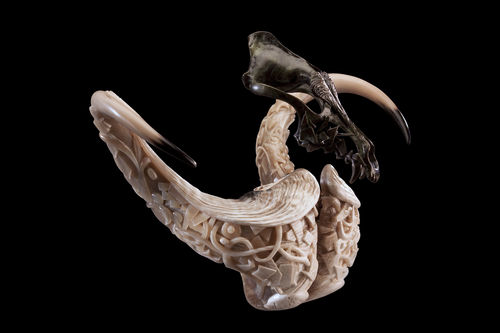 His signature styleâ€”the cool logic of a mathematician warmed in the guiding hands of a poetâ€”lives in the uneasy conversation between organic and non-organic abstraction.

Originally from Ontario, Wilson moved to northern British Columbia and then to the Yukon during the 1980s. Conversant in more traditional art formsâ€”drawing, painting, clay sculptureâ€”his interest in working with natural media was sparked after attending an exhibition of antler carvings, the rugged and tactile artifacts appealing to his sense of discovery. 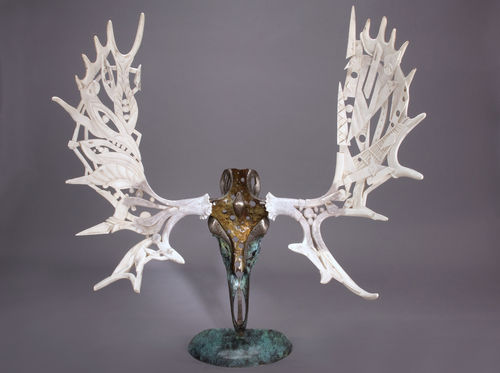 After a short period of experimentation, Wilson honed the techniques necessary to express his unique vision while exploring the fragile limits of natural media as diverse as fossilized wooly mammoth tusk and whale baleen. 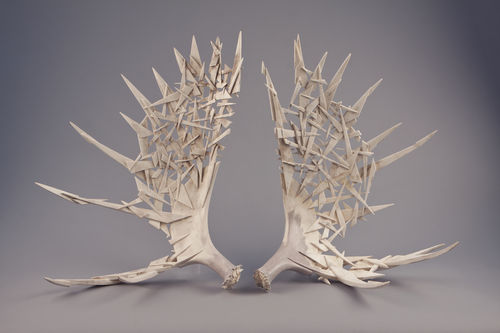 Wilson has taught the art of antler carving at Red Deer College, in Red Deer, Alberta, Canada, and continues to share his craft with artists and collectors around the World. 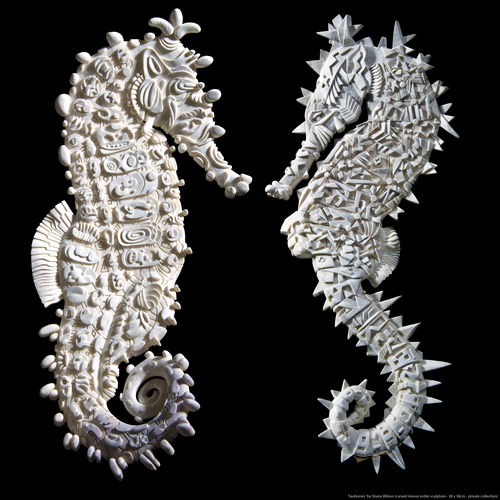