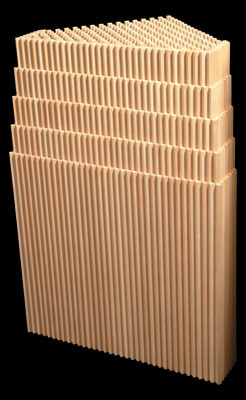 Geometric Algorithmic Constructivist Sculptures are abstract forms made from multiples of single (or occasionally mirror image) units. There are free-standing examples, like "Corner Cadenza," a sculptural plinth, as well as wall-hung sculptures. The sculptures are made of mill-second BC hemlock, have no finishing chemicals applied, and are intended for indoor display. 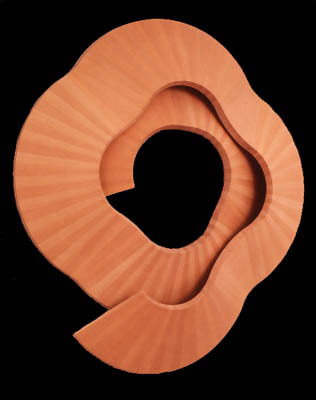 Cochlea is a wall piece that probably looks more like the outer ear than the cochlea, but as the name is from the Latin for snail, which is from the Greek (kokhlos) for spiral shell, the name was irrestible. Again, it is constructed using multiples of a single unit shape. The apparently concave portions are the same as the convex sections only flipped over 180 degrees. 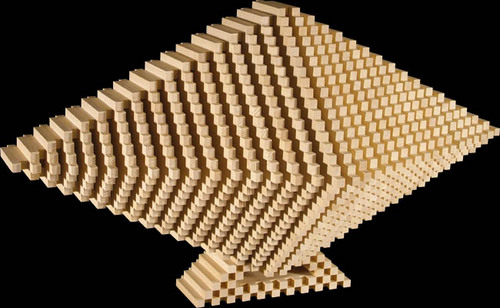 Sliced Ice refers both to its external crystaline appearance, but also to the hollow structure of ice. 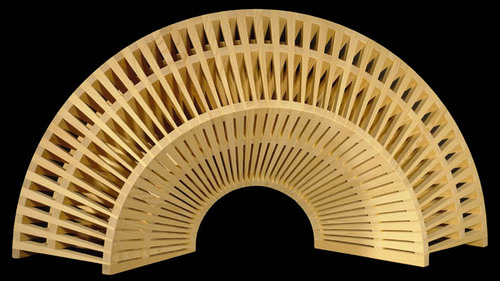 Segue has two feet, one for the past and one for the future. It is the bridge of the present. Interestingly, the sculpture began very differently, without the curve of inner pieces on both sides. Once it got to that stage, it was easy to test fit the extra circular rows to preview the sculpture, and that was how it had to be. 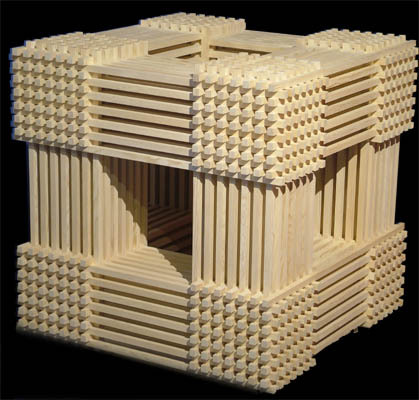 All Is Number was the progenitor of a sequence of (so far) seven sculptures. The title comes from a Pythagorean expression meaning that everything comes down to number, or rather is built up from number, not unlike how modern physics represents higher dimensions, quarks, gluons, etc.