You are here: BC Travel -> BC Destinations -> Thompson Okanagan -> Keremeos 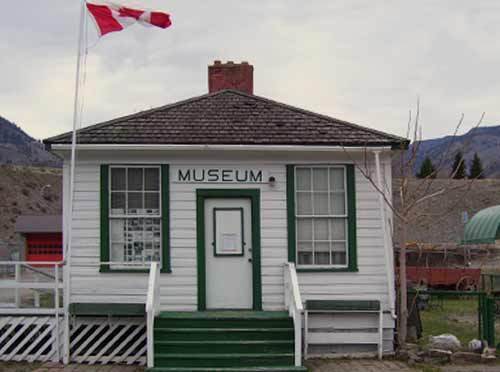 The Keremeos Museum building was originally a BC Provincial Police office and jail located in Keremeos Center, which was approximately three kilometres north of the present village. Two men named Irwin and Day built it in 1907.


The building was moved to its present site in 1917 using horses as motive power. The BC Provincial Police used this building until they became the Royal Canadian Mounted Police in 1950. The RCMP continued to use the site until their new building at the top of the hill was completed on the 2nd January 1959.&#8232;&#8232;

The major amount of the museum inventory was collected between 1973 and 1975. The official opening of the museum was held on the 7th of October 1973. Mr. W.B. Stewart, the oldest living BC Policeman had the honour of cutting the ribbon. Constable Stewart served in Keremeos from 1934 to 1945.

The South Similkameen is an area rich in history. From cattle rustling to the growth of the fruit industry, our heritage is commemorated through the artifacts and documents that make up the collections at the Keremeos Museum.

If you want to find out more about your own personal or family history, or if your interest is a more general one, the South Similkameen Museum Society may be able to help. Please check our directory of available family stories, and don't hesitate to call to find out what else we can offer.

What we can offer: