Texada Island rises up out of The Straits of Georgia some forty miles west of Vancouver between Vancouver Island and the mainland. No doubt that the first to discover the Island were First Nations people evident by the fact that several middens and fish weirs have been found on the west shore of the Island. Arrowheads, spear heads and honed pieces of slate also have been found. The Sliammon First Nations People"s name for Texada Island is Si'yi yen.

British Captain, George Vancouver, referred to the island as "Favada," but this may have been the English translation of the Spanish "Texada."

Texada remained silent until 1871 when Harry Trim a fisherman and a homesteader in Blubber Bay, stopped one day to examine the rusty red area on the hillside some three miles West of Gillies Bay. The result of this discovery and the subsequent actions of Trim caused a scandal that rocked the Province and overthrew the Government of Amor de Cosmos. This scandal would draw the interest of many who would bring about the most interesting and historical period of mining on the coast. 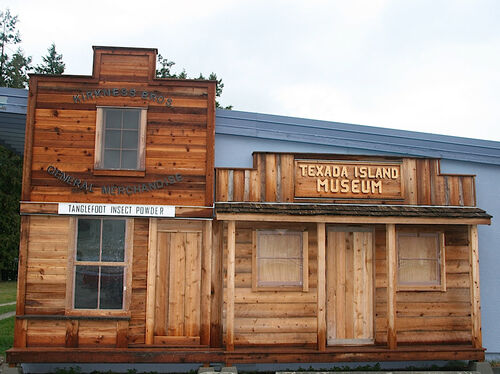 Opened in 2008 the Texada Island Museum & Archives is located in the former Elementary School building in
Van Anda.

On July 5, 2014 The Texada Island Museum celebrated with the dedication of a new addition the Clarence Wood Room. Here visitors may peer in store windows as they stroll old
Van Anda's boardwalk.

Visit the blacksmith shop and assay office. Find out how a "Wee McGregor" drag saw operates.

Discover how miners' lamps have evolved through the years. Imagine a trip down Little Billie mine with authentic ore cart and mine chute display.

But mostly, our museum shines a light on the people and events of Texada's history.

Bill Young lived on Texada for over 94 years. His hand-crafted herring rake conjures up images of a solitary fisherman paddling a dugout canoe.

In 1955 Jack Leslie, a British navy veteran, retired to a one-room cabin in Blubber Bay. Using local materials he began crafting detailed model sailing ships which won awards at the PNE. These are on view. One marvels at the intricate detail and the patience needed to complete
each model.

The fine desk from Dr. MacCallum's office will rekindle memories for many museum visitors as will Kempe's Van Anda Store glass display case. As we peer in many will recall pressing small noses against the same glass in years past to discover the magic of penny candy.

Cookstoves, butter churns, treadle sewing machines and laundry washboards remind us that homemaking 100 years ago was, indeed, a chore (although Nan Johnson's red dancing dress speaks of lighter times). The Texada sports trophy collection reminds us of an active community.

Your Texada Museum proudly collects, protects and displays treasures of our past and honours our pioneers, helping us to understand who we are today. 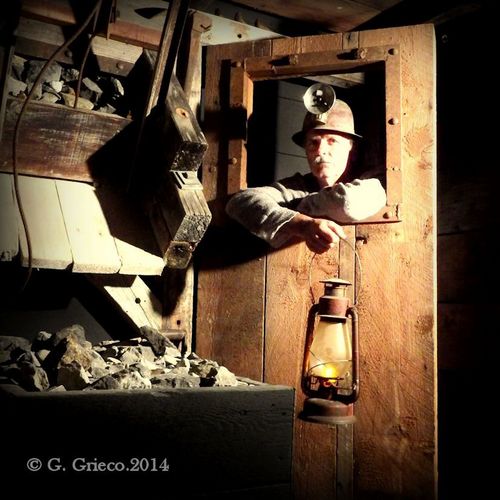