RAVEN's mission is to assist Aboriginal peoples within Canada in protecting or restoring their traditional lands and resources, as well as addressing critical environmental challenges such as global warming (via the tar sands) by strategically enforcing their Constitutional rights through the courts in response to unsustainable settlement or industrial exploitation.

Our vision is a Canadian legal system in which First Nations have access to resources equal to those they must oppose in defence of their lands, resources and rights.

RAVEN fills a critical gap in Canada. No other NGO focuses on enforcing Aboriginal groups' legal rights to environmental protection. Aboriginal rights are the strongest environmental laws in Canada, but they are difficult and expensive to enforce.

Our current projects include:
A) Support for the Beaver Lake Cree Nation - 900 people in northeastern Alberta, suing Canada and Alberta over rapidly expanding tar sands developments which threaten their constitutionally-protected treaty rights to hunt, trap and fish on their traditional lands.

B) Ongoing support for the Tsilhqot'in people of British Columbia who prevented the construction of a gold and copper mine in the salmon bearing watershed of the Fraser River. The proposed mining project would have destroyed the sacred Fish Lake (Teztan Biny). However, Taseko Mines Ltd. has resubmitted the project and it has been approved for a SECOND round of federal environmental review. The effort to save the lake and surrounding pristine ecosystem has begun again.

RAVEN was formed because we recognized the need to redress an inherent imbalance. To obtain justice in the courts for Canada's First Nations in their struggle to protect rights and lands, native leaders, advocates and their legal teams almost always face overwhelming odds when going against the established interest of large corporations or government. The costs to fight for native rights are invariably immense. Yet without adequate research and background information, native causes - which are often global causes like protecting our water and climate - are bound to fail in non-native legal systems. Our goal is to bring some light to this issue, and in so doing, also bring some balance to the legal game. 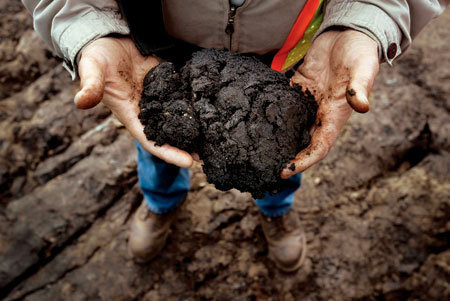 So it comes down to you. People like you make the difference. Individuals who choose to get involved. RAVEN takes no government funding and depends entirely on donations from individuals, foundations and socially responsible corporations. All donations in Canada and the U.S. are tax deductible. You can donate easily on our website through a secure PayPal site.

The Beaver Lake Cree just won the right to sue Canada and Alberta over the expanding tar sands industries - so they must now come up with the funds to start a massive legal action that includes gathering cumulative impact data on wildlife, fish, land and water. The Tsilhqot'in are in the fight of their cultural lives as well, trying to save a lake that has already been deemed by a federal environmental review panel as pivotal to their cultural survival. Please join in and help.